Home Opinion or editorial blog entries from members and other scholars The future of EdTech in schools … just look at what they...

According to some commentators in the West, the possibilities of school technology are being pushed to the extreme in China. Throughout 2018 we saw regular news reports of what were variously presented as clever, crazy and/or creepy tech developments in Chinese schools. Oftentimes these proved to be isolated examples in one or two schools, speculative product pitches, or simply misreporting of what are relatively unsophisticated and limited applications. Nevertheless, “Just look what they are doing in China!” is becoming a side-bar staple in Western media discussions of how new technologies might be used (and abused) in school settings.

Take the following examples from the past twelve months:

>> One EdTech trope of 2018 was the use of facial recognition to monitor student attention in Chinese classrooms. For example, there was much coverage of the introduction of the ‘Smart Eye’ system in Hangzhou Number 11 High School. This involves the placement of three cameras in a classroom to scan for signs of engagement or distraction. System developers claim the ability to detect various emotional states in students – including happy, sad, disappointed, angry, scared and surprised.

>> A recent spate of stories document the launch of a range of ‘smart’ school uniforms with microchips embedded into students’ jackets. Here, we are told how GPS data from these chips is used to drive a range of ‘smart education management’ applications – collating attendance data, sending automated messages to parents and teachers, and triggering recorded warnings if students attempt to leave designated areas (such as sneaking out of class).

>> Perhaps the most infamous digital development in China is the so-called ‘Social Rating’ system. This is a pilot national ‘reputation system’ where citizens are continuously monitored and assessed in terms of their social and economic ‘credit’. Already in development in several major cities, this system uses big data techniques to monitor citizen’s trustworthiness and ‘sincerity’. Data points can include financial and credit details, friendship networks, consumer purchases and online behaviour. Tellingly, one of the reported consequences of this technology is determining whether families will be admitted to top-ranked schools. As Wired reported, “Low-rating citizens will also be restricted when it comes to enrolling themselves or their children in high-paying private schools”

>> 2018 was the year that we were regularly told how China is ‘winning’ at AI education. This includes the development of sophisticated AI-driven personalized learning systems. For example, the YiXue platform makes innovative use of natural-language processing and emotion detection technology to determine what students should be studying. This is reported as utilizing ‘Squirrel AI’ to divide knowledge into ‘nanoscale’ chunks, with students directed toward the chunks of knowledge in which they are weakest. The YiXue company reckons that this results in its students at its after-school centers achieving superior scores in China’s rigorous annual Gaokao university entrance exams.

These stories are all interesting enough, yet can hardly be said to point to a far-removed alternate vision of digital schooling. Instead, these stories raise a number of pertinent questions about the ways in which the Western media engage with EdTech reporting. In particular, it is useful to ask ourselves why Western commentators (and their audiences) are keen to treat these stories as outlandish and out-of-the-ordinary? Do such reactions to these stories reflect a burgeoning cyber-Orientalism?  Are these stories simply a continuation of the West’s tendency to sensationalise its potential adversaries’ technological capabilities (akin to the way that Soviet science and technology innovations were written about 50 years ago)?

So, instead of simply presenting the classroom implementation of Smart-Eye and Squirrel AI as cautionary tales from a far-off place, perhaps these ‘Only In China!’ stories are most useful as a starting point for extended conversations about the directions in which EdTech is headed in our own countries.

For example, a key question that is always worth asking of any technological development is ‘What is new here?’. From this perspective, the technologies just outlined are certainly less novel and outlandish than might be presumed. For example, schools around the world have long relied on monitoring and tracking students’ whereabouts – from class registers through to observation by security guards. Even the much-reported Social Credit System could be seen as a digital extension of the long tradition in many nations of keeping paper-based records on individuals and households. Similarly, the thorny question of who gets to attend the best schools from Beijing to Boston has long been decided (if only implicitly) on the basis of household income or subjective judgements of social ‘fit’.

In this sense, the fact that these school practices are being amplified in digital form should not come as a particular surprise – be it in China or most other developed countries around the world. Indeed, perhaps the most significant point about these stories are the strikingly similar technologies that are currently entering Western schools. Don’t be fooled into thinking that the types of technology just outlined are unique to China. As such, this certainly begs the question why we are not seeing the same sort of media interest being shown about similar practices in the West.

So, what happens if we take these ‘Only in China’ examples as a prompt to look more closely at the mission-creep of educational technology in our own backyards? For example, can we talk more about US companies now marketing facial recognition systems with claims to improve classroom performance and even guard against school shootings? Shouldn’t we be questioning the trend for parents in many Western countries to equip their children with smartwatches and kid trackers in an attempt to keep tabs of their movements while at school? Surely more needs to be said about the extensive networks of schools in the US that are implementing personalised learning systems to the extent of provoking student protests and mass walk-outs? What about the normalisation of reputation technologies such as the Australian government’s ‘MySchool’ website that forces schools to calculate their own metrics to then be judged by market-savvy parents. Seen in this light, how clever, crazy and/or creepy should we consider the deployment of digital technologies in our own school systems to be? 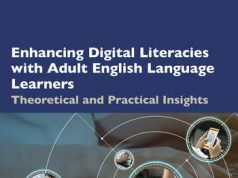 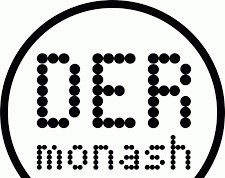