The expressiveness of music and the nature of music itself is in many ways an abstract conception and Art form. Fragments drawn from life experiences harbouring the emotive and non-emotive, imitative and suggestive expressive qualities. Each performer, composer and or receiver are engaged within their own unique interpretation and musical journey. “Music is a kind of ‘virtual reality’, often more vivid than ‘ordinary’ reality. A teacher who is teaching musically understands this and in rehearsals and performance will model and look for expressive shaping in the students’ singing and playing” (Swanwick, 2016, p. 194). Experimental music and in particular, Computer-Aided music composition applications using 3D graphics, have been used since the 1980s (Keislar, 2009). Hans-Christoph Steiner’s score Solitude in C (2001), was composed using Pure Data structures, a visual programming language developed primarily by Professor Miller Puckette (2007) in the 1990s for creating interactive computer music and multi-media works. It is reasonable to suggest that music educators and professionals have been thinking and working in this abstract space for quite some time, so it is no surprise that as the rush to create content for the Oculus Rift Samsung Gear VR, and other virtual reality (VR) devices enters full swing, an important question emerges: What does this mean for the music industry and education?

The Los Angeles Philharmonic is adopting new Virtual Reality (VR) technology that it says “offers users a fully immersive experience with the orchestra” (Los Angeles Philharmonic Association, 2016). The technology was launched with a performance it recorded of Beethoven’s Fifth under its resident conductor Gustavo Dudamel in Walt Disney Concert Hall and coincided with the orchestra’s Immortal Beethoven festival in October 2015.

Using an Oculus VR headset, a viewer can see a 360-degree panorama of the orchestra and experience a new level of spatial realism. Forty microphones located around the hall were used in the recording process, making it possible for people wearing the device to move or twist their heads and still hear the sound’s orientation unchanged. In addition, moving coloured patterns that move in time with the music are visible through the headsets. LA Philharmonic Director of Digital Initiatives and spokesperson Amy Seidenwurm explains the premise behind using this initiative (Strange, 2015):

We wanted to figure out a way to marry this really old art form with technology and introduce people to classical music via a really cool VR experience. Each person feels like they’re alone with the orchestra, and I feel like that’s a special opportunity.

A playfully named VAN Beethoven equipped with six headsets began touring around Los Angeles last year to give ordinary people a front row concert experience with the orchestra. Part of this initiative was to engage with the community in a different way and make classical music more accessible. Seidenwurm further explains that “The idea is to bring the concert hall experience into the community, rather than always making people come to us” (Strange, 2015).

Similar steps to engage audiences with orchestral and classical music using VR technology has been made by Australian orchestras. In July 2015, the Adelaide Symphony Orchestra demonstrated headsets that provided panoramic vision and surround sound using recordings made from its recent concerts (ABC News, 2015). In 2014 the Australian Chamber Orchestra created a virtual orchestra installation that allowed one to stand amongst its players by using a touch screen device (Martin, 2014).

A digital collaboration with the London Philharmonic Orchestra and the three other resident orchestras (Orchestra of the Age of Enlightenment, London Sinfonietta, Philharmonia Orchestra) at the world-famous Southbank centre in London will see a year-long music season. The season will open in September with the Philharmonia’s “digital takeover” of the Royal Festival’s Hall’s public spaces in what will be a virtual reality first for a UK symphony orchestra (Tilden, 2016). Between September 23-25, 2016 visitors will be able to use virtual-reality headsets and earphones and be transported to the middle of the Philharmonia Orchestra, where they will get a 360-degree view of principal conductor Esa-Pekka Salonen leading his musicians through the closing minutes of Sibelius’s Fifth Symphony (Tilden, 2016). Extra behind-the-scenes footage and vertiginous views from the top of the Festival Hall, looking down over the stage, will give audience members an extraordinary glimpse inside the sights of sounds of a symphony orchestra in full flow. The importance of audience development, most especially education work, was stressed by each of the four resident orchestras who will be involved in this year long music season with London Philharmonic at the centre.

Most of these VR examples point to building innovative immersive experiences for the music consumer or audience member. Experiencing a live show while standing next to a lead musician in concert or engaging in the experience of being an independent musician at work. These are admirable goals, with fantastic ways of making music more accessible and reengaging the modern age with classical and orchestral music, but there has been almost no discussion about how VR can transcend its role as a storytelling platform and serve as a creative tool for composition and performance. The impact of this technology in the music education and learning space is in its infancy. Further collaborative efforts with music educators and professionals is required to further unlock its value in educational settings and develop useful capabilities for music making. In addition, more research into this area will enable a more sophisticated understanding of how music as an abstract Art form, with expressive qualities unique to individual interpretations is experienced and interacted with.

Dr Renee Crawford is a LNM member and Senior Lecturer in the Faculty of Education at Monash University. You can read more about Renee here.

Strange, A. (2015, September 9). Experiencing this concert in VR is actually better than being there. Mashable Australia. Retrieved from http://mashable.com/2015/09/08/la-philharmonic-vr-app/#savF1lFoFEq8 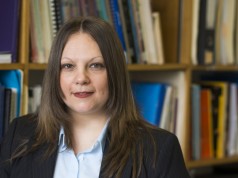